Autumn Brown at the Longest Walk 5. At the Lincoln Memorial in Washington DC. With Dennis Banks and supporters.

Autumn Brown, 19, who grew up on the Viejas Band of Kumeyaay Indians’ reservation in Alpine,California, recently finished her year representing her culture as Miss Kumeyaay Nation.

According to Brown, the elected position of Miss Kumeyaay Nation is a great example of empowerment of Native women. In order to be considered for Miss Kumeyaay, a female tribal member must submit a YouTube video, do a traditional song and dance, prove she can speak the tribe’s language, and write an essay on why she wants to be Miss Kumeyaay. Girls are interviewed by judges and tribal member from the community.

Autumn Brown, 19, who grew up on the Viejas Band of Kumeyaay Indians’ reservation in Alpine, California, recently finished her year representing her culture as Miss Kumeyaay Nation.

After becoming Miss Kumeyaay, Brown had the responsibilities of traveling all over the country. Nervous at first, Brown eventually grew comfortable.

As Miss Kumeyaay, Brown made over 100 appearances, including ones at the Gathering of Nations in Albuquerque New Mexico, the Ensenada Baja California Kuri-Kuri festival of Baja tribes and she flew to Washington DC for the Longest Walk 5 to help combat the war on drugs and domestic violence.

“This past year, the title of Miss Kumeyaay Nation has tremendously opened my eyes,” Brown said. “I had the amazing opportunity to represent my tribe, nation, and youth. That was a great part of my entire experience.”

Brown says she loved loving what she was doing; being a role model and advisor to young girls. During her travels, she had to juggle many responsibilities, as she was in her first year at Cal State San Marcos, CA, majoring in psychology. 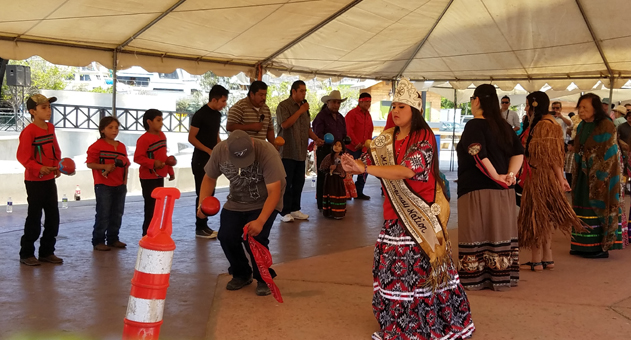 Autumn Brown, dancing with others at the Kuri Kuri festival in Ensenada Baja, California.

“As a role model, I had to set a good example for girls of all ages,” Brown said. “Most important, I told them to never forget who they are. There are people who want to destroy you and your spirit because they don’t want to see you doing better than them.

“It’s a test of your strength and willpower not to give in,” Brown continued. “As a strong Native woman, you are the most important part of this nation’s foundation, so don’t let anyone break down everything you’ve built for yourself.”

Nancy Brown, Autumn’s mother, told ICTMN that she is very proud of her daughter and that although she originally had to take her daughter to her events and be there for her; in no time at all Autumn was doing it on her own.

“I’ve watched her grow as a young woman and come out of her shell,” Nancy Brown’s said. “Even when she was nervous and talking to hundreds of people – sometimes in different languages. [It] was a life-changing year for all of us.

“We are proud of the way she carries herself and has developed self-confidence,” Nancy Brown added. “She’s a respectful and amazing young woman. She lives on campus, goes to school full-time and we see how she has given back a lot to the community at the same time.”

In addition to enjoying being a mentor for young girls during the past year and experiencing great changes in her life, Brown wants to encourage girls to pursue this position. 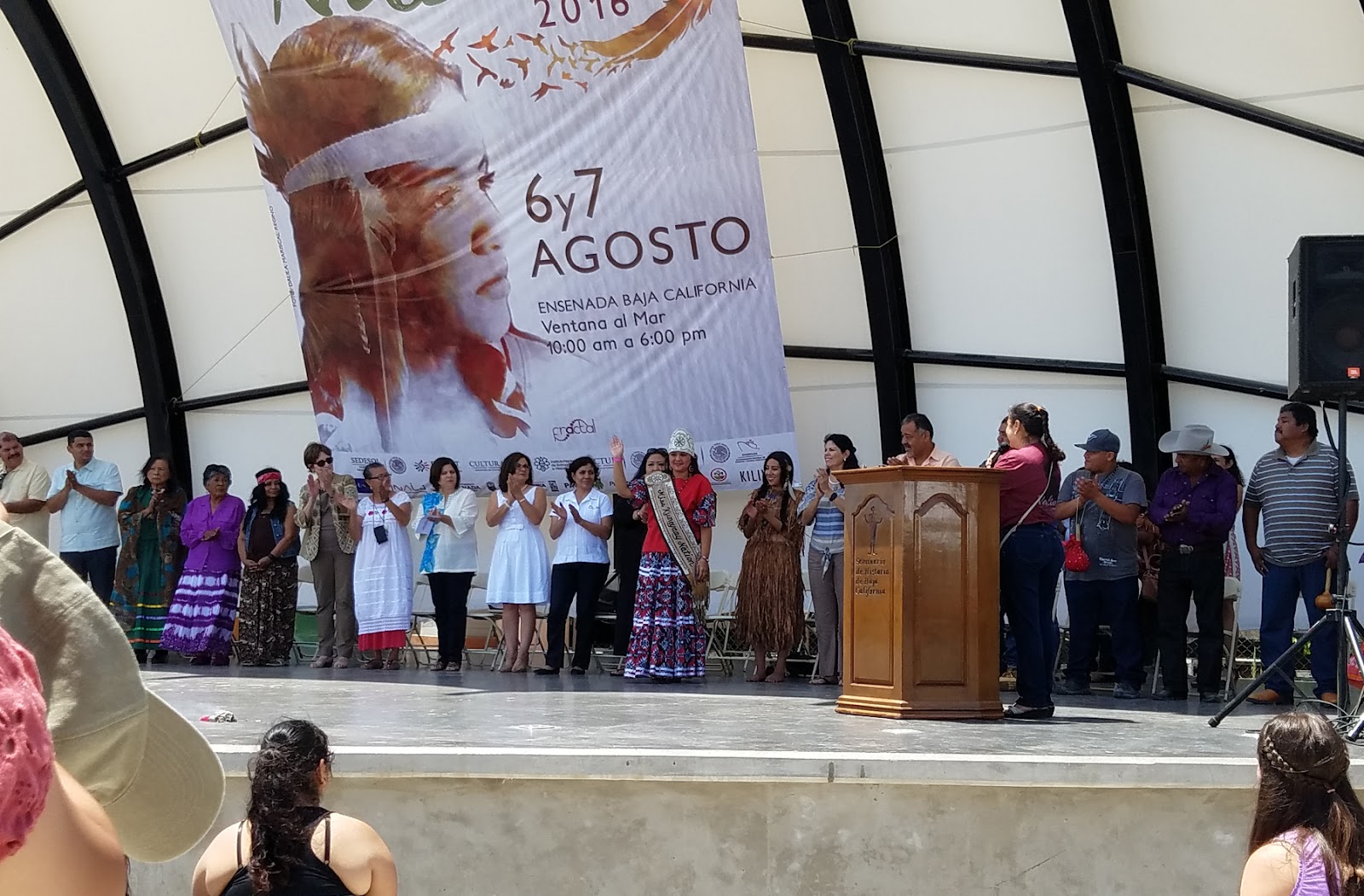 “I advise young girls to consider being a Miss Kumeyaay Nation and come to our events, meet people, explore different cultures, spread our culture to other people, and have adventures you would normally never have,” she said.

Brown said she felt gratitude for her parents support, her Viejas tribe, and the support of her Kumeyaay Nation.

Ag Day brings students to the land of spuds, nuts and bees