The land purchases prior to the construction of Petco Park are cloaked in Delaware LLCs — a mechanism for anonymity that wouldn't work if Section 225 were enforced/Megan Wood, inewsource.

Despite overwhelming voter approval in 1992, three separate city attorney recommendations and an inewsource investigation, the city of San Diego is still not following a law mandating government transparency.

After recent follow-up questions from inewsource, however, three city council members have agreed to address the issue.

Section 225 of the city charter requires every person or entity doing business with the city to make a “full and complete disclosure of the name and identity of any and all persons involved … and the precise nature” of their involvement.

Last August, inewsource detailed how this law, called Mandatory Disclosure of Business Interests, originated, how it’s been on the books for decades, and how it’s been continuously ignored. With more than 1,000 companies doing business with the city, San Diego has the potential to become a beacon of transparency were it to implement Section 225. Instead, the city today rarely knows who is behind billions of dollars of land sales, purchases, leases, franchise rights and contracts.

A spokesman for the Mayor’s Office told inewsource in February, “We are looking into how to best implement” the law and that the office is “working through it.” The spokesman did not respond to a follow-up email asking for details about what progress has been made, which stakeholders have been identified, which department heads are engaged and what the timeline is for implementation.

The city’s independent budget analyst, who would be involved in this process, is “ready to assist” and received a request late Thursday afternoon to participate “in a couple of internal working group meetings to prepare for docketing this item,” spokesman Jeff Kawar said.

Councilwoman Barbara Bry, who represents District 1, told inewsource that upon entering office, she was surprised to learn the city wasn’t already asking for this level of disclosure.

A quick recap on Section 225

In the early 1990s, San Diego was entertaining a $47 million real estate deal involving two complexes in Rancho Peñasquitos and Clairemont to use for affordable housing. In the process, one city councilman, Bruce Henderson, discovered that the man who stood to benefit from the transaction — Al Malnik — was reportedly a high ranking member of the mafia. 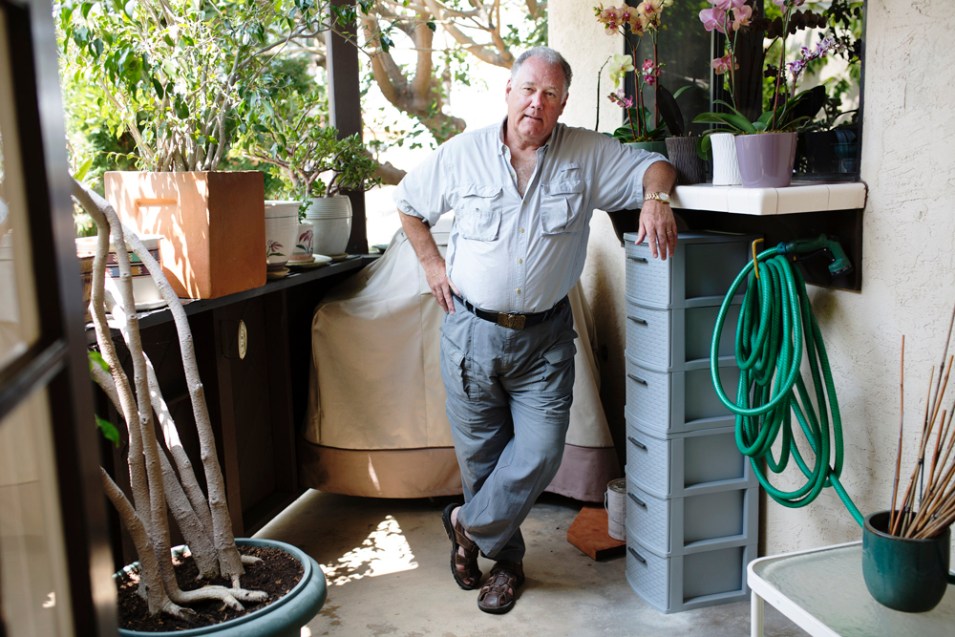 Bruce Henderson, posing at his home in Pacific Beach, has fought for increased government transparency since his time on the San Diego City Council in the early 1990s. “My experience with four years on the city council with my colleagues — Maureen O’Connor as an exception — was that there was zero interest in transparency or disclosure,” Henderson said. Photo by Meg Wood, inewsource. July 29, 2016.

The deal fell apart, but Henderson, a longtime advocate for government transparency, told inewsource that the public spat prompted a resolve: “We should never be voting on anything involving any substantial amount of money unless the financial interests have been disclosed to us. There should be the transparency and we should know this.”

The mayor at the time, Maureen O’Connor, agreed, and persuaded the council to place an initiative on the ballot adding a new section to the city charter requiring all city-engaged businesses to disclose the financial interests behind them. More than 86 percent of voters approved the measure, and the law went into effect July 13, 1992.

Yet there was an inherent flaw in the way the law was worded. Its four short paragraphs left too much room for interpretation. One department head noticed this almost immediately after it was crafted and asked for clarification on questions about what type or level of identification is required and what type of interests had to be identified.

In what was to become somewhat of a tradition, then-City Attorney John Witt’s office offered clarifying language and interpretations in a proposed council policy, but they weren’t followed.

More than a decade later in 2005, City Attorney Michael Aguirre sent a detailed report to a city subcommittee noting “a lack of uniformity and guidance” regarding Section 225. Nothing came of it.

In 2014, the next city attorney followed suit. Jan Goldsmith’s office offered the council thoughts on updating the charter and recommended those changes go on last November’s ballot. Those recommendations were noted, but not followed.

In 2016, inewsource’s reporting prompted Goldsmith’s office to submit a draft ordinance to the Rules Committee defining who should disclose interest in a transaction, to what extent, to whom, and for which transactions.

The committee then requested that the Mayor’s Office “work with the appropriate city departments, the Office of the Independent Budget Analyst, the City Attorney’s Office, and the committee consultant to review this Charter section and proposed ordinance, and report back to the Rules Committee with recommendations on how to best implement its provisions.”

There has been no movement on the issue since that October meeting — until now.

Brad Racino is a senior reporter and assistant director at inewsource. To contact him with tips, suggestions or corrections, please email bradracino at inewsource dot org.
By agreement, The Grapevine publishes investigative, in-depth data-driven journalism from independent non-profit inewsource based at San Diego State University’s School of Journalism and Media Studies. For more from inewsource, visit http://inewsource.org/about/.

San Diego County dams old, but not out

Poverty in San Diego County higher than during Great Recession