Ruben Valenzuela is the artistic director and founder of the Bach Collegium San Diego, a recent recipient of a $10,000 grant from the National Endowment for the Arts/Megan Wood, inewsource.

President Donald Trump’s staff is proposing to eliminate the National Endowment for the Arts, a federal agency that has funded art performance, research and accessibility since its formation in 1965, according to a recent report in The Hill.

To understand how that decision would affect San Diego, inewsource dug into NEA grant data and spoke with local arts leaders. Here’s what we found:

In terms of general operating expenses, no single local arts organization would crumble from a lack of NEA funding. Large institutions such as the Museum of Contemporary Art, the Old Globe theater and the San Diego Symphony have multimillion-dollar budgets, making the average $25,000 NEA grant a drop in the bucket. Smaller, scrappier arts organizations might scramble a bit, but wouldn’t close up shop.

Nevertheless, the effect would be tangible.

“I’m trying my very best to not panic at this point,” said Ruben Valenzuela, the founder and music director of the Bach Collegium San Diego, a relatively small nonprofit that performs songs using instruments and techniques from the time period in which they were written. The organization received a $10,000 NEA grant to fund two performances last year, including “An Empire of Silver & Gold: Music of 18th Century Latin America” at the University of San Diego.

According to Valenzuela and others interviewed, NEA grants act as a seal of approval. Seeing the words National Endowment for the Arts on an artistic organization’s website or at the bottom of one of its programs tells donors — and the world — that the company has its house in order.

“Our research shows every NEA dollar is matched by up to $9 in private and other public funds,” said NEA spokeswoman Elizabeth Auclair. “In FY 2016, this leveraging amounted to $500 million in additional funding for NEA grantees.”

Those numbers sound right to David Bennett, the general director of the San Diego Opera.

“If we just look at that small amount of money that’s coming from the NEA,” Bennett said, “what that generates from other support is easily 10 times that.”

NEA support also protects organizations from becoming too insular — or cut off from underserved communities — by mandating community outreach components to projects, which in turn have a positive multiplying effect.

“It’s 36 weeks of residency in four Title I schools where we take teaching artists and work with their students over the course of their academic year,” Bennett said. “We develop new works based on the lives of those students — their stories — and we turn those stories into works of art.”

Those students, he said, are now earning better grades.

“So the funds that NEA provides to us have in turn provided increased academic achievement in students in Title I schools,” Bennett said.

This past year it awarded more than 2,300 grants throughout every congressional district in the country, with about $393,000 supporting 19 arts organizations in and around San Diego. Since 1998 (the oldest data available online), 60 San Diego-based organizations and artists have received more than $7.5 million in funding.

inewsource gathered data from the NEA Grant Search website where there is no easy way to compile all grants to arts organizations within San Diego County. Instead, we searched by proximity: a 20-mile radius of downtown San Diego (ZIP code 92187).

Explore the interactive below to see how the funds have been distributed over the years.

This is not the first time the NEA or its brethren have been threatened with elimination.

In 1981, the Reagan administration fully intended to abolish the agency, “but dropped the plan when its special task force on the arts and humanities discovered ‘the needs involved and the benefits of past assistance,’” according to former NEA chairman Livingston Biddle.

In 1989, Sen. Alfonse D’Amato denounced an NEA-funded work of art — “Piss Christ” by Andres Serrano — as a “deplorable, despicable display of vulgarity” and joined with other senators in demanding the NEA change its grant procedures. 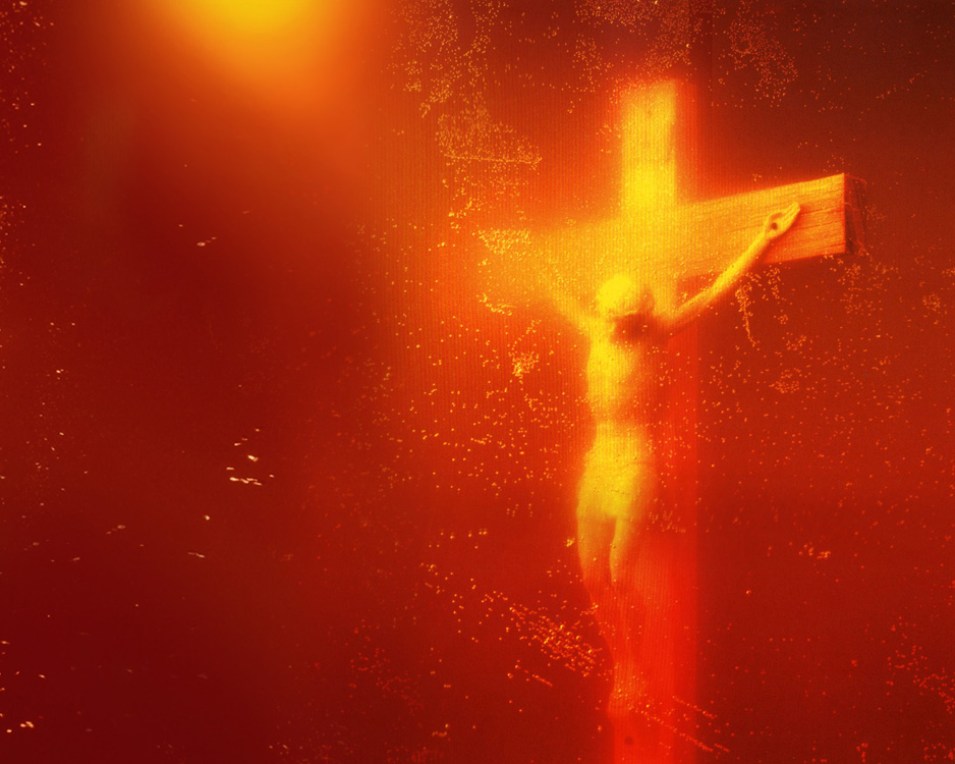 Immersion (Piss Christ) is a photograph by Andres Serrano that depicts a plastic crucifix in a jar of the artist’s urine. Part of the funding for the artwork came from the National Endowment for the Arts, and the photograph sparked fierce debate among elected officials about the role of the NEA upon its unveiling in 1987. 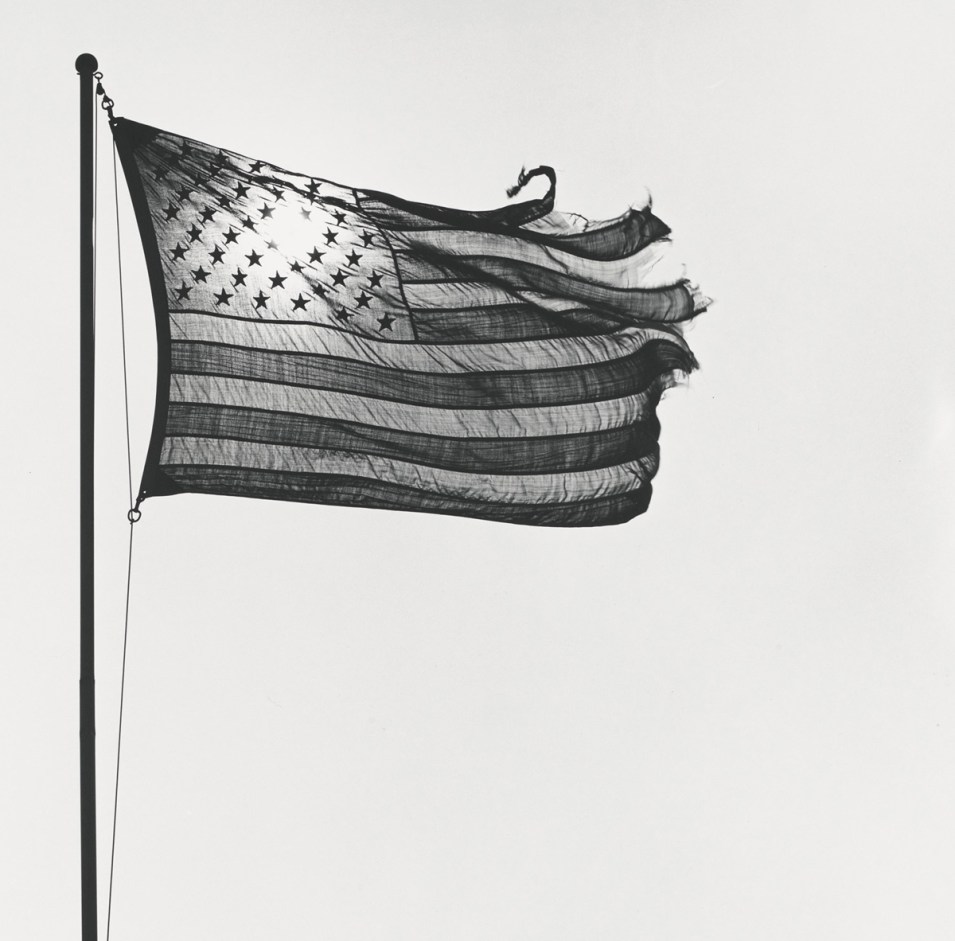 Robert Mapplethorpe, “American Flag,” 1977. This photograph was part of the artist’s exhibit “The Perfect Moment,” which sparked another debate among politicians about the role of NEA funding. Photograph from the Whitney Museum of American Art.

Despite threats to abolish the agency or at the very least gut its budget, the NEA survived these controversies and several more throughout the following decades.

“I’ve been around enough to hear the NEA outcry every certain amount of years,” said Kristin Lancino, the president and artistic director of the La Jolla Music Society, who remembers wearing a pin as a 23-year-old that read “Save the NEA.”

“It comes and goes with our economy and what our president feels,” Lancino said, “but to be abolished? Absolutely not. That’s just not a statement of leadership.”

While the president’s decision on the agency’s future (as well as the future of the National Endowment for the Humanities and the Corporation for Public Broadcasting) is still up in the air, some art leaders are being proactive.

Bennett recommended NEA supporters sign an online petition on the whitehouse.gov website, which needs 100,000 signatures to see a response from the president. As of publication, that petition has a long way to go. He also urged NEA supporters to voice their concern with local representatives.

Lancino said that while NEA funding may go toward “a lot of things that we don’t all agree with,” it’s still “a statement that arts and humanities are important” in this country.

“If people in our government don’t understand that,” she said, “we’ve got a lot of work to do.”

Brad Racino is a senior reporter and assistant director at inewsource. To contact him with tips, suggestions or corrections, please email bradracino at inewsource dot org.

Be the first to comment on "What happens to San Diego institutions if Trump guts federal arts funding?"